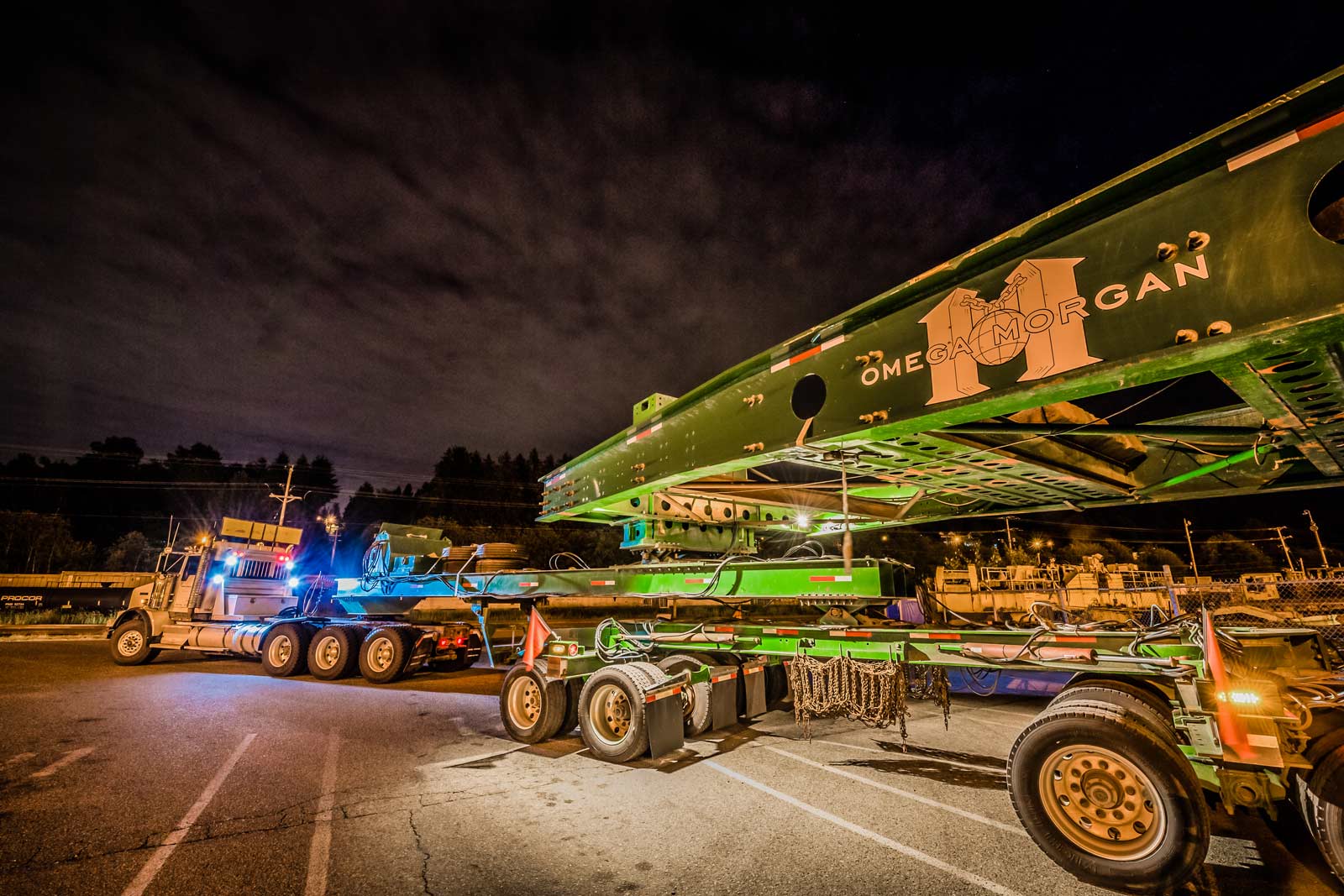 Omega Morgan’s specialized transportation crew undertook a goliath of a project, and the Discovery channel in Canada captured one of the most difficult portions of the endeavor for their Highway Thru Hell television show.

The crew was tasked with hauling three compressor packages from Fraser Surrey Docks to three different BC locations. Two of these packages needed to be transported through the Coquihalla Highway, a treacherous route. In fact, the 148 kilometer route has long been considered one of the most dangerous major highways in all of Canada. It has few shoulders and long two-lane stretches without dividers, so the mountainous route is “frequently beset with major accidents, shutting down the highway entirely.”

Carrying one of the largest industrial compressors on the pass required stopping traffic intermittently overnight and operating with extreme precision to accommodate the 200-foot long, 18-foot wide, and 15-foot tall load. At almost half a million pounds, this was the heaviest cargo load ever permitted on the highway.

Not only did the team have to navigate an elevation change of 1,200 meters in less than 30 kilometers to move the equipment, but they also had to manage deteriorating weather conditions. Even the slightest change in temperature or the loss of traction for a small moment could have been catastrophic.

But the equipment had to be moved quickly. There was a huge amount of pressure and nerves, but in the end, the team safely moved the load, which was the heaviest to ever cross the Coquihalla Highway.

The Omega Morgan team delivered, navigating a complex moving project that you have to see to believe.

This project illustrates the immense skill required to handle such a complicated move, and Omega Morgan is pleased to have made it possible. Read more about the project in this case study.