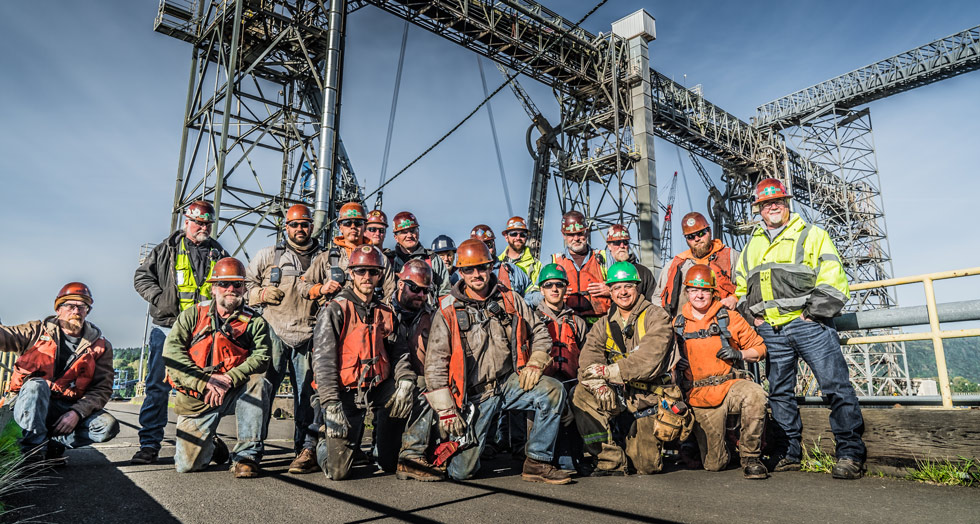 When major equipment breaks down–or breaks altogether–the cost to productivity and revenue can be severe. When Kalama Export, an international grain terminal in Kalama, WA, contacted us, this was their exact dilemma: the #1 spout on their grain loader had been damaged. And every day it was down, they would only be able to operate at three-quarters capacity.

As we got to work, our Portland-based millwright services crew and Kalama Export were committed to the same goal: get the spout repaired safely and as quickly as possible.

The project was complex, to say the least. To properly repair the spout, it needed to be removed–and due to the damage, it was very unstable. There wasn’t a whole lot preventing it from falling out of the air. Our team first had to consult with engineering crews to brace the spout before we could remove it.

Rebuilding the spout involved a thorough examination of the individual components to see what could be reused safely and what would need to be rebuilt. Our team didn’t have the advantage of referencing the original designs for the spout–they didn’t exist. Anything that needed to be fabricated had to be reverse engineered.

This project called upon the expertise of not only our millwright services crew, but our marine crews, machine shop, Omega Morgan Logistics, and our fantastic team of subcontractors, as well. Within five months, the spout was repaired and the loader was back up and running.

We’re proud of our crews for their hard and outstanding work, and we’re pleased to have had the opportunity to support Kalama Exports with this major repair.

Read more about this project in our case study.