Omega Morgan develops creative and intelligent solutions to move the heaviest and bulkiest of loads, and coordinates with various teams and partners to ensure projects are completed successfully. Recently, Omega Morgan’s logistics services crew had the opportunity to showcase its ability, working with a client to move a 507,000 pound transformer.

The massive transportation project began with Omega Morgan performing a jack and slide operation to move the transformer from its pad at the power station onto an Omega Morgan 10-line platform trailer. With the use of a reach forklift, Omega Morgan also loaded out and hauled the transformer accessories, lashing the entire load to the trailer.

The loaded trailer was moved approximately five miles to the Port of Morrow, where the team engineered and built a transition ramp to move the trailer onto the waiting barge. The team cribbed out the trailer, and the partnering barge team lashed the load to the barge using a plan designed by Omega Morgan.

The transportation of the heavy load required approval to cross a set of railroad track, and Omega Morgan coordinated efforts with the railroad company and the partnering barge company. Additionally, scheduling between the different teams was further complicated because the ship the barge scheduled to meet at the Port of Vancouver kept changing.

Omega Morgan has earned the reputation as a logistics trucking company capable of handling the most challenging jobs, and this project showcased the company’s talent and abilities.

For more information about this project, read the case study. 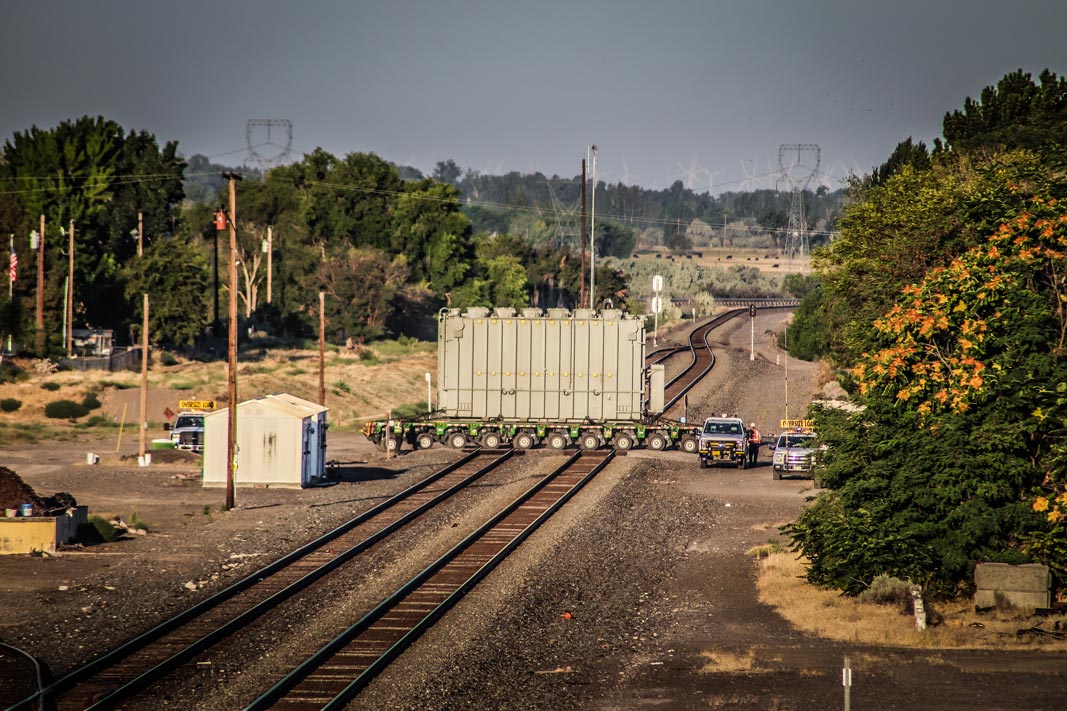