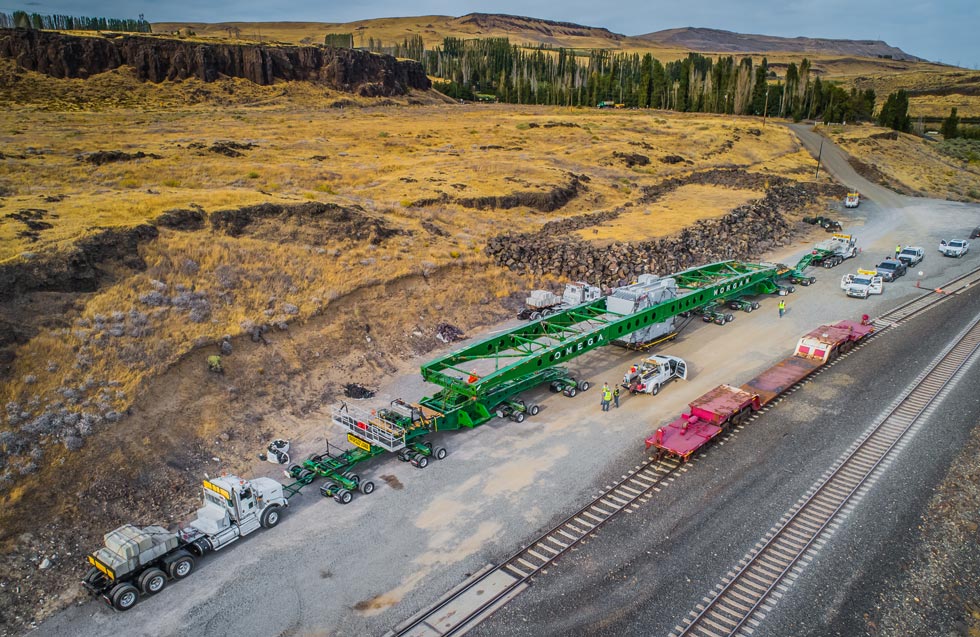 Our planning determined that to transport the load safely, we needed to double the weight. One Kenworth C500 semi truck would pull, while two C800 semi trucks would push the load. Loads of concrete blocks would help with traction in pulling the 144-foot trailer supported by 48 axles. In all, that doubled the total load to almost 950,000 pounds.

Not many roads support that kind of weight. Once we knew the rigging, the planning began. We itemized the route across both State Route 14 and U.S. Highway 97, noting any bridges and potential obstacles ahead of time. A superload permit from the State of Washington later, we were on our way.

Over the course of two nights, at 15 miles per hour, our team moved the transformer from Sundale to an inland substation operated by the Bonneville Power Administration. Slow but steady certainly won the race in this case. Overcoming two concrete bridges and imperfect subgrade for the roads, we safely landed the equipment to start operation in connecting wind turbines to the energy grid.

The sheer size of the transport was enough to get our project featured in the Seattle Times and American Cranes and Transport magazine. The true win, though, was a transport without a single hitch. Once again, our specialized transportation team proved that it was up to the task in maximizing our resources, planning the right journey, and working with the authorities to transport even the heaviest equipment in a safe and timely manner.