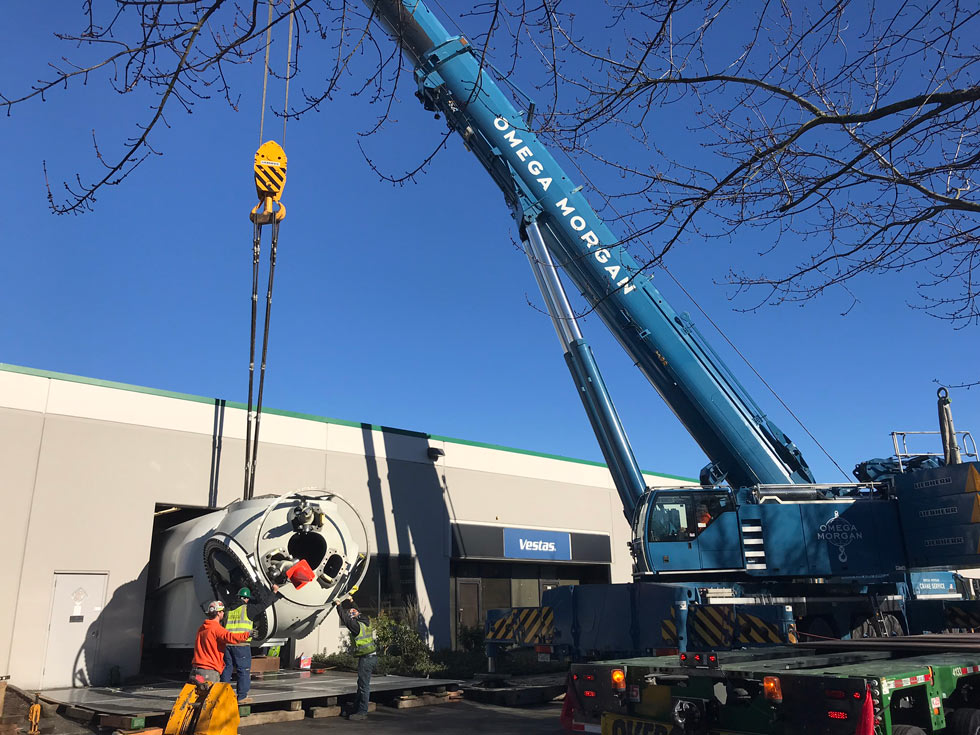 Omega Morgan crews were tapped to move nacelles and components for one of the world’s leading renewable energy companies to their new training facility in Portland. A nacelle is an enclosure that houses the generator, gearbox, drive train, and brake assembly for the turbine. The OM crew first assisted in the removal of the electrical skids and training components associated with the nacelles.

Next, OM jacked up and air skated out the first 34 foot nacelle, which weighed in at  116,050-lbs, from the building where the crane team picked it and loaded it to the trailer. The second, heavier nacelle, weighing 145,500-b was next. All three components were transported to their new location where they were unloaded and reassembled with Omega Morgan’s assistance. Three wind turbine generator simulators were also relocated to the new building along with smaller equipment and pieces.