PORTLAND, Ore.—July 10, 2012 — Omega Morgan (www.omegamorgan.com), one of the West Coast’s leading heavy equipment transport companies, has acquired Action Machinery Moving in Lynden, Wash. It is the first acquisition since Omega Morgan announced in 2011 that it intended to grow via strategic acquisitions and by hiring additional experienced managers and employees. 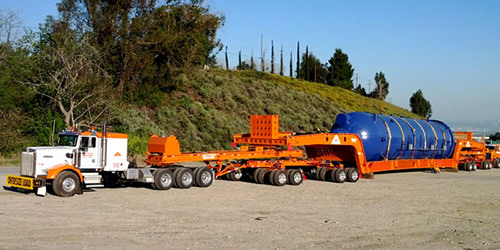 He noted that British Columbia in particular has been identified as a growth area for the company. “We see tremendous opportunities in Canada where massive infrastructure is being built ahead of vast energy exploration and development,” he explained.

“Action’s personnel have years of industry experience and the specialized knowledge required to move the most complicated loads,” McCalla said. “In addition, their assets include off-highway, heavy haul equipment for moving loads to and from lay-down yards and crane erection sites; a dual-lane loader and transporter for super-heavy and oversized loads and a unique jack-and-slide system for unloading trailers and accessing difficult areas such as under power lines.”

In other news, Omega Morgan has opened an office in Phoenix. The company expects to grow its process equipment moving business, which primarily serves the high-tech industry.