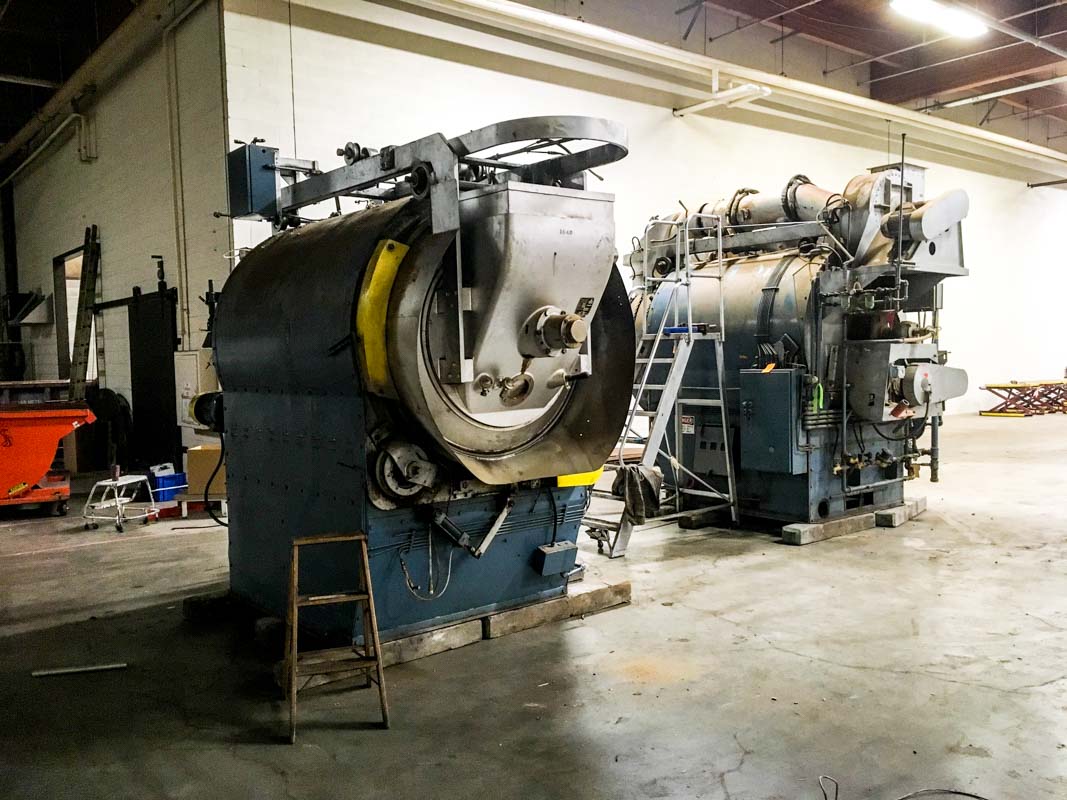 Omega Morgan helped a national coffee distributor, Farmer Brothers, successfully complete a project required for its acquisition of the Boyd’s coffee brand. The agreement meant that Farmers Brothers could keep all the physical equipment in a Portland, Oregon warehouse, but could not use the warehouse space itself. In fact, the deal stated that the equipment would have to be removed within 10 weeks to avoid potentially heavy penalties for lost rent.

Fortunately, Omega Morgan’s millwright team in Portland was up to the job. The team worked together quickly and leveraged the warehouse’s naturally sectioned space, so that they could work in multiple rooms simultaneously to remove the equipment. In the course of the project, the scope evolved to also include the removal of about 150 tons of office equipment from the warehouse, as well as completing modifications to the building since the equipment no longer existed in the space.

Along with the 150 tons of office equipment and warehouse waste, in total, Omega Morgan removed approximately 12 truckloads of coffee equipment, consisting of 200 individual items, and 400 tons of recycled metals. To accomplish that, the team used forklifts, scissor lifts, man lifts, industrial cranes, torch sets, and a variety of hand tools.

A close partnership with Global Electric and Rivergate Scrap Metal allowed Omega Morgan to efficiently remove and disconnect any wiring and organize the recycled materials at the same time as the disassembly. Meanwhile, a custom-created system of tagging, cataloging, and tracking all items to be saved and transported kept the process flowing efficiently and successfully.

Thanks to these measures, the team was able to complete the job four days ahead of schedule and on budget. Farmers Brothers was able to take the usable pieces of equipment for its own operations without having to pay a lost rent penalty to the Boyd’s family, who was able to rent the now-empty warehouse without delay. In the end, Omega Morgan leveraged its expertise in helping customers solve their complex moving problems and both Farmers Brothers and Boyd’s were pleased with the results.