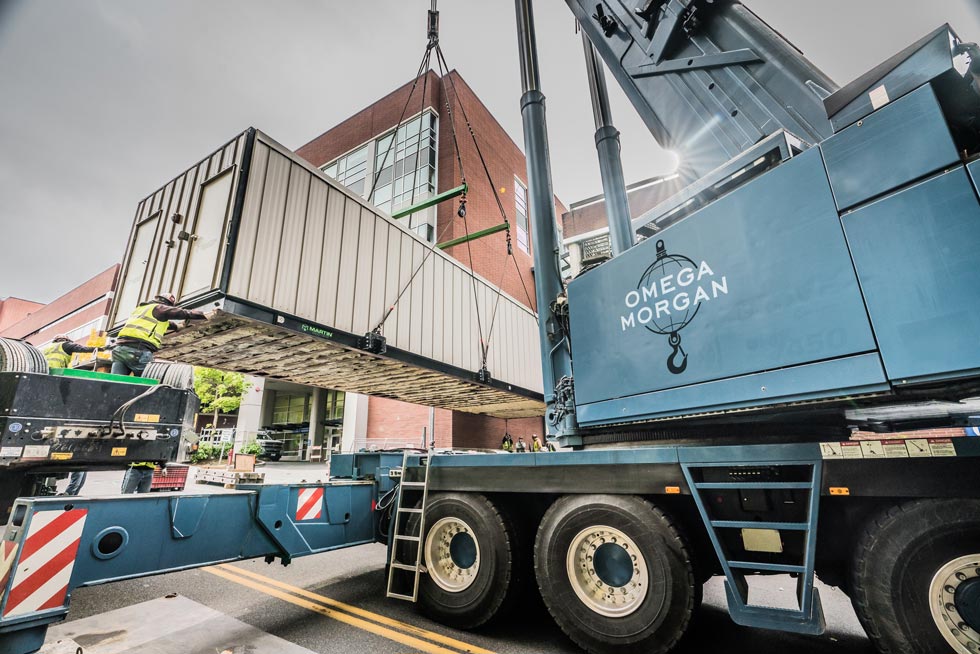 The project was not without its challenges. There was no room for error with the scheduling, since the hospital serves an entire community and patient care could not be disrupted. And then it began to storm.

The movement and assembly of the power plant could have been hindered by the rain and wind in the area, but the Omega Morgan crew executed with precision.

First, the boiler work and miscellaneous piping was installed inside the mechanical room at the hospital with a forklift and skates by our rigging team. The structural towers, rad condenser and miscellaneous piping was picked and then set with a 350 ton crane by the Omega Morgan Crane Services Division and Mckinstry. The power plant equipment was delivered by Omega Morgan’s Rigging and Specialized Transport team.

The 550 ton crane off-loaded and set the pieces as directed by Mckinstry, with coordination from the Martin Energy Group, who was also onsite. OM Rigging then skated the complete power plant that had been assembled into its final position between two buildings, and matched it up with the pipe fittings on the structural tower, as was directed by Mckinstry for the final hookup.

The Omega Morgan team worked diligently to complete the project and are pleased to have served the hospital during this transition.

Read more about the process in this new case study.