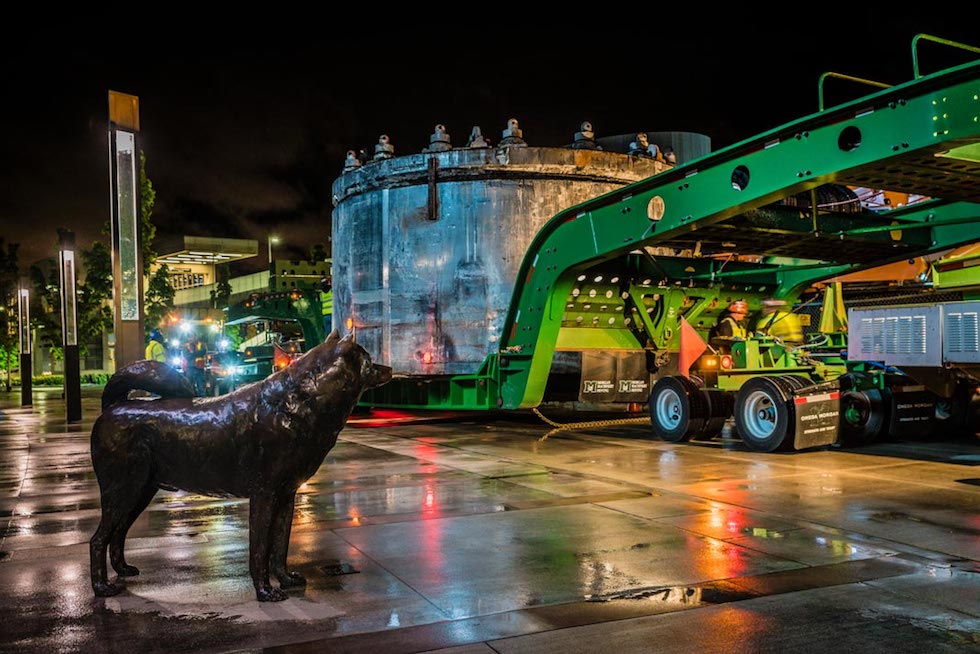 Public sporting events are a big deal for any city, but they’re also a traffic nightmare. No wonder rail access to Husky Stadium in downtown Seattle was a priority for many of the stakeholders involved. Through the help of Omega Morgan’s Specialized Transportation team in our Seattle office, achievement of that goal took a major step forward.

JCM Northlink was contracted to build public transit tunnels to and from the stadium. When the contractor realized they needed help getting the necessary equipment in place, they reached out to Omega Morgan. Our extensive experience in specialized heavy transport was just what JCM was looking for to accomplish the job.

Through two nights, Omega Morgan hauled three components of a tunnel boring machine to two separate access points for boring. Combined, the three components weighed more than 500,000 pounds. And yet, it was their height that proved to be the biggest transport challenge.

Seattle is known for its low pedestrian bridges and trolley lines. To make sure the components would fit under these lines and to avoid unnecessary disassembly, we modified three of our dual lane trailers with extra low-profile rails. It’s the type of action only an experienced heavy equipment transporter knows to take.

Unfortunately, Washington DOT was unable to allow equipment staging prior to the transport. The result was a process of immediate loading and transport. Through closely coordinated and fast work, we were able to complete two hauls of the three components in two consecutive nights.

The result was significant. Both tunnels were bored in time, ready for the next stage in transit access. Even with limited hours, Omega Morgan was able to pull off machinery transport of the heaviest sort. We take pride knowing that we were able to help provide fans with easier access to watch the Huskies play football.