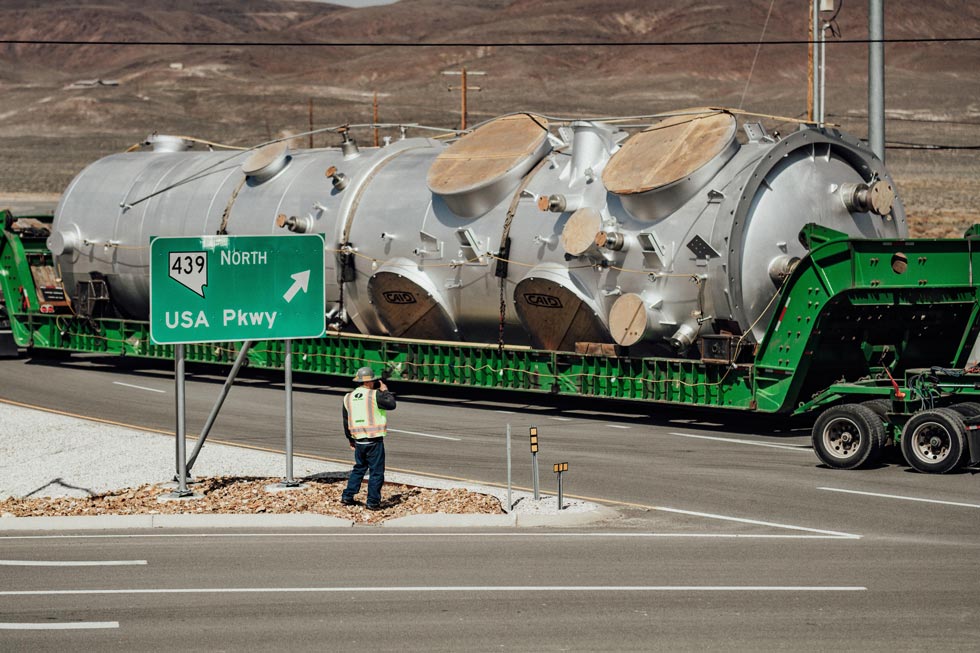 “There were several factors that contributed to the method used to move the tank,” said Erik Zander, director of sales for Omega Morgan. “First, accommodations had to be made for the dozens of nozzles and accessories on the outside of the tank. These are crucial to the operation of the reformer, and if one of these were to be damaged, it would have been an expensive fix.”

The vessel was assembled inside a warehouse, which could not accommodate cranes. Additionally, the pre-camber of the trailer deck rails created an obstacle for the nozzles on the vessel.

Additionally, “when not under load, the trailer bows up by several feet in the middle, so that when it is bears weight, it becomes straight rather than sagging,” said Zander.

The Omega Morgan team was resourceful and found a unique solution to complete the project. They blocked the load up from the rails, so that the load could be set in the trailer deck without the cambered rails touching any of the nozzles. Once loaded, the rail camber flattened out under the weight. The blocked up load was then jacked down to the rails while under load in order to minimize overall travel height. When they arrived at the destination, the team did the same process, just in reverse.

Read about Omega Morgan’s project in the November issue of American Cranes & Transport.